Task 5.3 Evaluating the efficiency of the mitigation technology on fish populations

To evaluate whether the mitigation technology described in task 5.1 will have the desired effect on downstream aquatic ecosystems, the simulated effects on temperature and velocity fluctuations from task 5.2 will be implemented into a fish population model. Fish are vulnerable to hydropeaking as they may strand and die during rapid dewatering. However, this risk may vary significantly over the seasons and between night and day, because the fish exhibit seasonal shifts in habitat use, diel activity and behavior, depending on ambient light conditions and water temperature. IBsalmon is an individual-based model for predicting population abundances of Atlantic salmon across its life-stages, which has been successfully used to investigate long-term effects of hydropeaking on fish. It is a spatially explicit model that compartmentalizes the river into a series of sections of 50 meters in length and it estimates salmon abundance at a weekly time-step interval. It can thus incorporate both spatial and temporal variations and be used to identify the hydrological bottlenecks for the salmon population. By comparing IBsalmon results for the Nidelva with and without the mitigation technology, and under different hydrological scenarios (e.g. different seasons), the success of the mitigation technology can be tested. The outcome of task 5.3 will feed back into task 5.1, to improve the future development of the mitigation technology. In addition to model results for salmon in Nidelva, we will also evaluate how the flow scenarios from increased flexibility in Ume älv correspond with the most recent environmental guidelines for peaking operation in rivers. This book summarises state-of-the art of environmental impacts from hydro peaking operations in rivers and evaluates mitigating measures. Senior staff at NINA will do the research with support from LTU, Lyse, Statkraft and Vattenfall. A subcontractor, the Swedish Agricultural University in Umeå, will contribute with expertise regarding fish migration in Ume älv.

D5.3 An assessment of how the flow scenarios from increased flexibility in Ume älv correspond with the most recent environmental guidelines for peaking operation in rivers.

D5.5 Improvements to the mitigation technology presented in Task 4.1 to reduce environmental effects 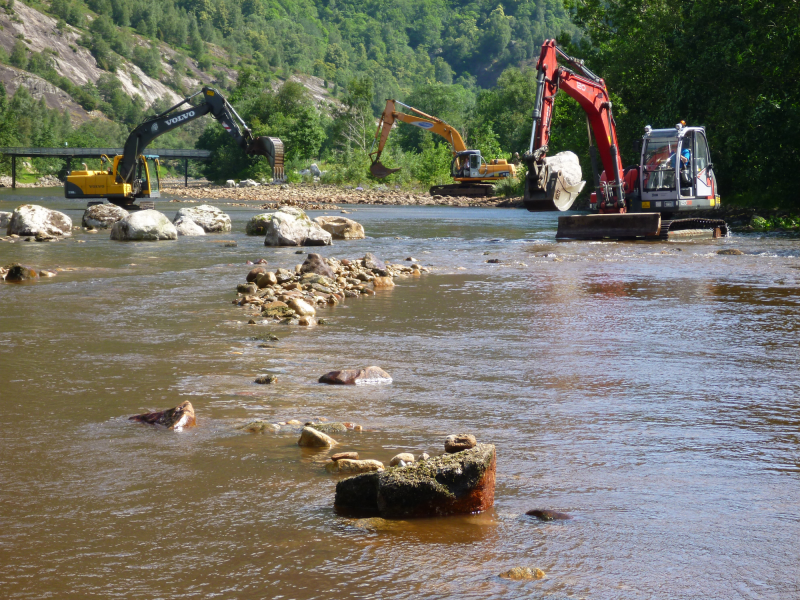